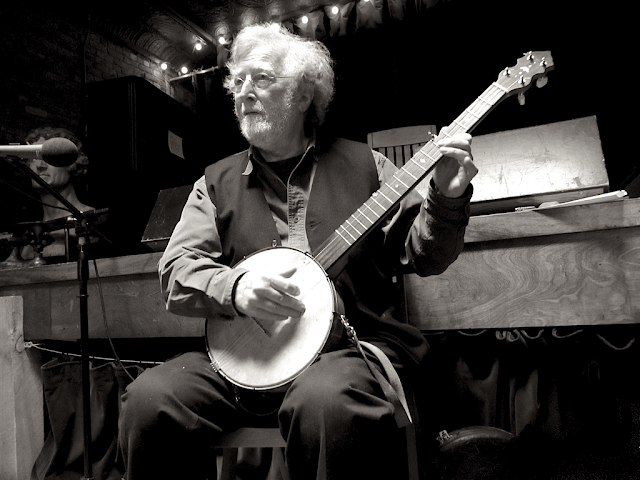 [John Cohen at the Jalopy Theatre. Photo by Eli Smith]

At the 2020 Brooklyn Folk Festival we will remember the life and work of musician, photographer and filmmaker John Cohen (1932-2019).  John played at every Brooklyn Folk Festival since the beginning and was a great supporter and intellectual founder of the festival. We miss him greatly and will be presenting several of his films, a selection of his photographs and a portion of the program honoring him at the festival this year.

John Cohen was one of the last of the first. His life and work spanned the arc of the “folk song” movement and movement towards traditional music, which he helped to create, here in New York and around the country. His breadth of knowledge and experience will not be seen again and his acuity of thought was remarkable and singular. 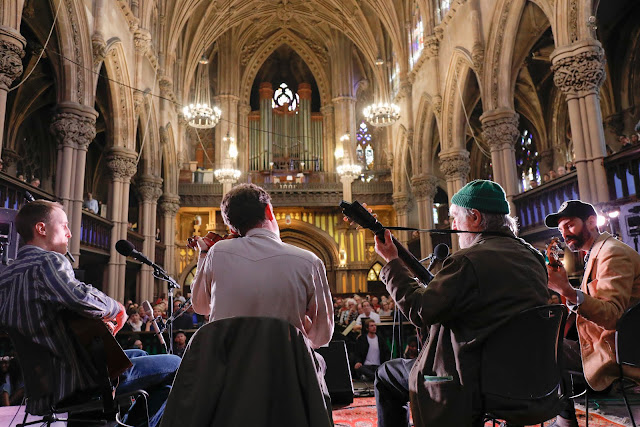 [John Cohen with the Down Hill Strugglers at the 2019 Brooklyn Folk Festival.  Photo by Brian Geltner]

Here is an obituary from the New York Times with more information about John’s life and work.

Through his work as a founder of the seminal string band the New Lost City Ramblers, his beautiful photography, films and field recordings and work as a record and concert producer, John Cohen had an indelible impact on American culture. It was not something that was supported by the music industry, and did not happen over night. Rather, the meaning and reach of John’s work continued to build over a long period of time, starting in the mid 1950’s and going up until the present time. His effect cannot be quantified. John’s work and ideas operated at a deep level and were revelatory for a great number of people. 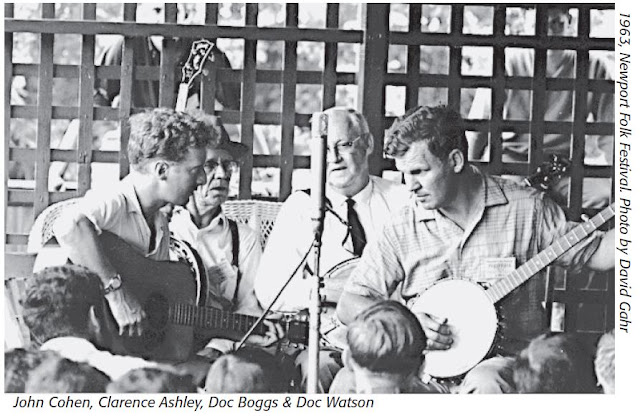 John Cohen had a feeling and an idea about music, visual art and culture that he followed for his entire life. He advocated for that idea relentlessly across various disciplines for 70 years. If you knew John, you knew that he had a very strong will. His work meant a great deal to him and he was tireless in that work. He also had a seemingly endless supply of great, mostly corny jokes and was always ready for a pun. Oh lord.

I met John at the home of our mutual friend and musical collaborator Peter Stampfel in 2007.  Playing music and simply talking with John was a great pleasure. He raised the level of any project he worked on and taught us so much about how to hear, play and think about music and be a good cultural worker. 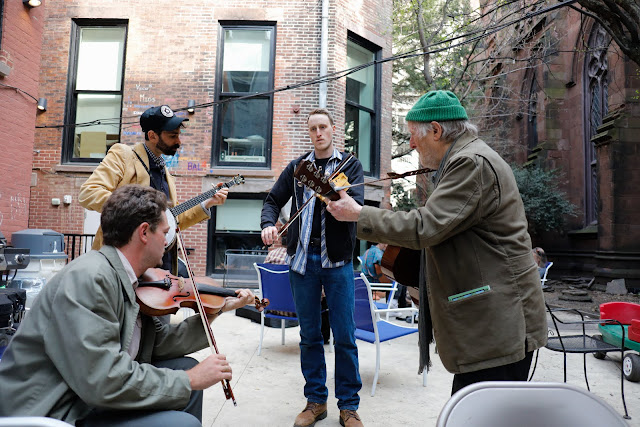 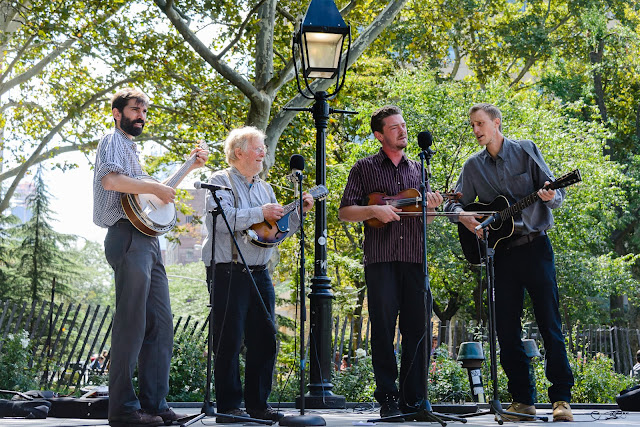 [The Down Hill Strugglers with John Cohen at the Washington Square Park Folk Festival]
John helped shape the ideas about music and culture that we are working with today.  Without John’s work and work by the NLCR and associates such Ralph Rinzler, Izzy Young and others, as well as his work with the Beat Generation poets and writers and more – we would not be doing what we are doing now. We would never have even thought of it.

John meant a great deal to us as an artist, cultural worker and as a friend. We will miss him very much and continue in the spirit of his work.

We send our love to his family and many friends around the world.